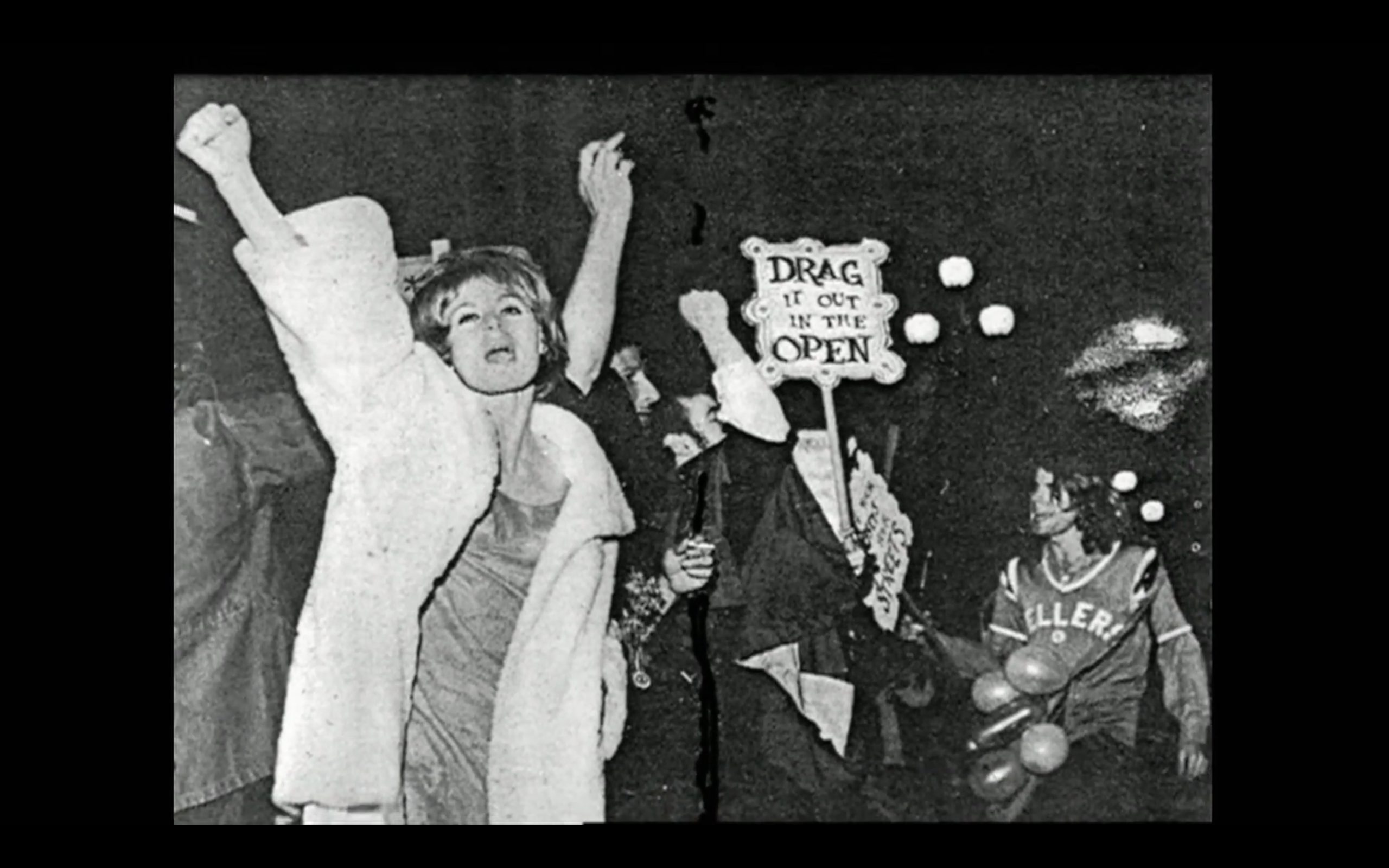 We would like to watch the documentary Screaming Queens (2005) which traces a riot of drag performers and trans people against police violence in Compton’s Cafeteria in San Francisco in 1966. An account with a streaming service or similar is not required. The film is available in English with English subtitles.

It’s a hot August night in San Francisco in 1966. Compton’s Cafeteria, in the seedy Tenderloin district, is hopping with its usual assortment of transgender people, young street hustlers, and down-and-out regulars. The management, annoyed by the noisy crowd at one table, calls the police. When a surly cop, accustomed to manhandling Compton’s clientele, attempts to arrest one of the queens, she throws her coffee in his face. Mayhem erupts — windows break, furniture flies through the air. Police reinforcements arrive, and the fighting spills into the street. For the first time, the drag queens band together to fight back, getting the better of the cops, whom they kick and stomp with their high-heeled shoes and beat with their heavy purses. For everyone at Compton’s that night, one thing was certain — things would never be the same again. […]

Screaming Queens sets out to foster a better understanding of the experiences of transgender people and to inform a broad audience of their often-difficult lives and unheralded accomplishments. Along the way, the program also illuminates the interplay of urban politics, community mobilization and social services in creating the modern inner city.

This important documentary tells a forgotten San Francisco story of dramatic social change from the compelling perspective of firsthand participants. The film’s story focuses on the experiences of the rioters themselves, the police and the social-activist clergy members. It also follows historian Susan Stryker’s rediscovery of the 1966 disturbance at Compton’s Cafeteria. At that time, transgender people faced serious employment discrimination, police harassment and other difficulties. The program’s subjects describe the challenging circumstances and the misconduct of officials that drove them to take militant action in the streets. Screaming Queens then examines the significant changes – in police practices, social services and self-image – that came out of the conflict. In her story within the story, Stryker reveals how the Compton’s Cafeteria riot, although not as large as New York’s Stonewall conflict, was a dramatic turning point in a decades-long process of transgender community formation and political mobilization in San Francisco, a process that involved dramatic changes in medical practices, urban politics, neighborhood geography and public consciousness.